Boylan Catholic High School is proud to announce that three of our seniors have received Congressional nominations to three different military academies.

Congratulations on this tremendous honor to Ian 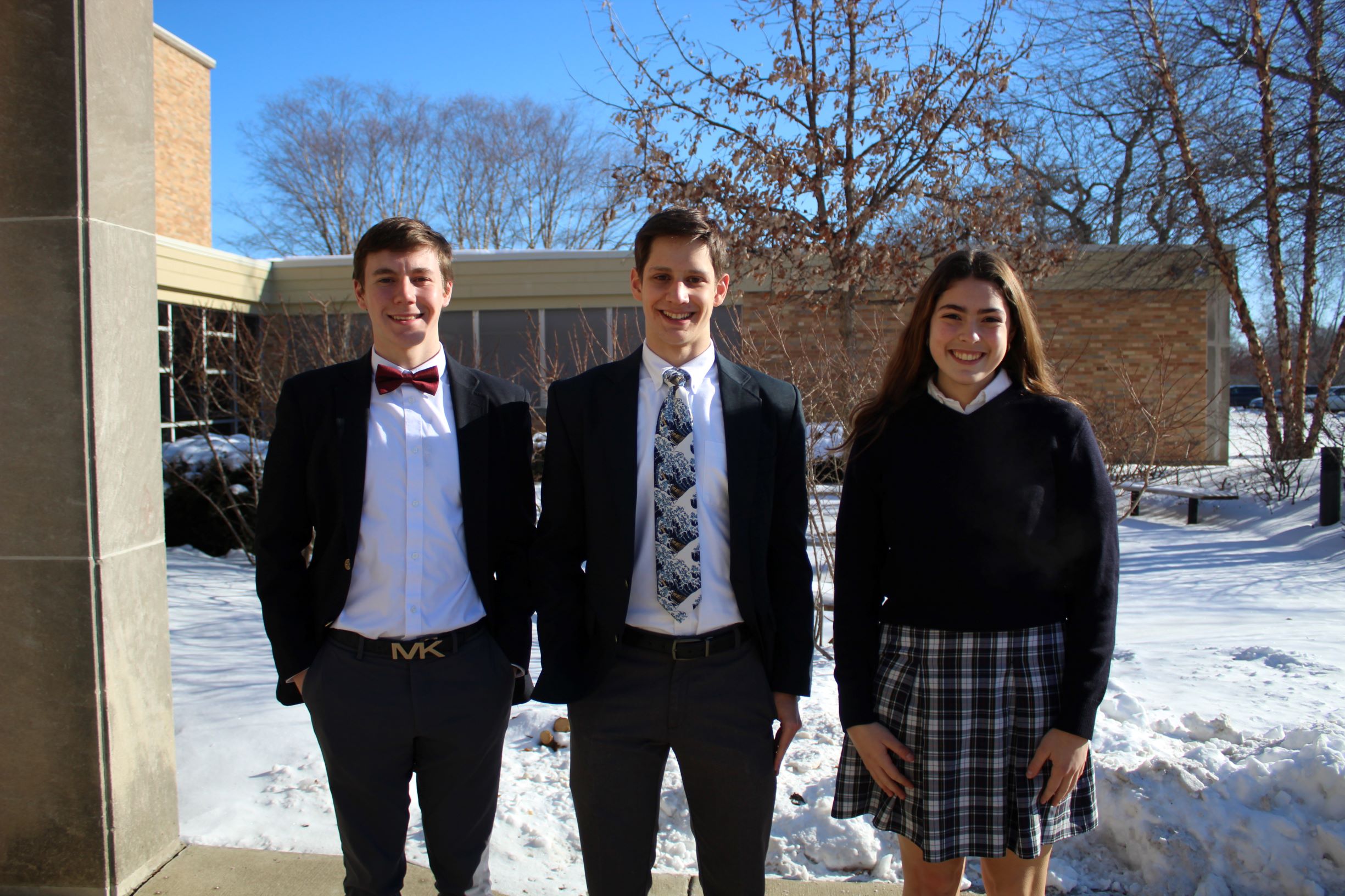 McLean, Genevieve Ryan and Mateus Trigo; all nominated by Adam Kinzinger. This is an incredible accomplishment and true demonstration of their dedication to service and their academic and athletic excellence.

Ian McLean '22 received a Congressional nomination to the Air Force Academy. At Boylan he is involved in football, swimming and baseball; receiving NIC-10 Scholar- Athlete recognition for all 3 sports. He is also a Student Ambassador, a member of Link Crew and was a Fine Arts Festival Finalist his sophomore year. Ian hopes to study Quantitative Economics. He thanks Boylan for providing him with the tools for his future and always challenging him to better himself.

Genevieve Ryan '22 received a Congressional nomination to West Point. At Boylan, she is involved in swimming, bowling, softball, Natural Helpers, Student Ambassadors, Math team, Newspaper and National Honor Society. In her four years here, she earned AP Scholar and Bishop Lane Scholar recognitions as well as the Daughters of the American Revolution Good Citizen Award, National Merit Commended Student Award, NIC-10 Scholar Athlete Award and was an ILMEA All-State Honors Chorus member. Genevieve is unsure about her career path but wants to study language and try out different careers but hopes to eventually become a teacher. She appreciates the community of supportive and driven classmates that Boylan has gifted her with and she feels that Boylan has prepared her for her next steps in life.

Mateus Trigo '22 received a Congressional nomination to the Naval Academy. He is involved in swimming, National Honor Society and Scholastic Bowl. He has received multiple awards at Boylan; including  the Bishop Lane Scholarship, highest Honors for six semesters, and the AP Scholar with Distinction award. He plans to study computer engineering and feels Boylan has prepared him for that academic track. Mateus appreciates the vast majority of engineering courses and rigorous AP courses that Boylan has offered him.